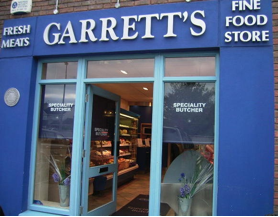 Our first store in Dooradoyle, 2004

So this week, I am giving you a little background on the “head honchos” at Team Garrett’s, aka Garrett and I!

In 1997, we travelled to Australia for a “one year” working holiday and well we just forgot to return and kept travelling, until finally returning to Ireland in 2003. To be honest, I was very slow to return home from Australia. However, Garrett’s dream was to open a butcher store and frankly you can’t stand in the way of anybody’s dream now, can you?!

In March 2004, we opened up Garrett’s in Dooradoyle and we have never looked back.

As Christy Moore puts it:

Life is an ocean,
love is a boat.
In troubled waters
keeps us afloat.
When we started this voyage,
there was just me and you.
Now gathered round us,
we have our own crew.

First published on our original website and re-shared here for our new customers! 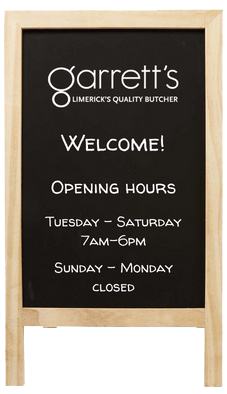